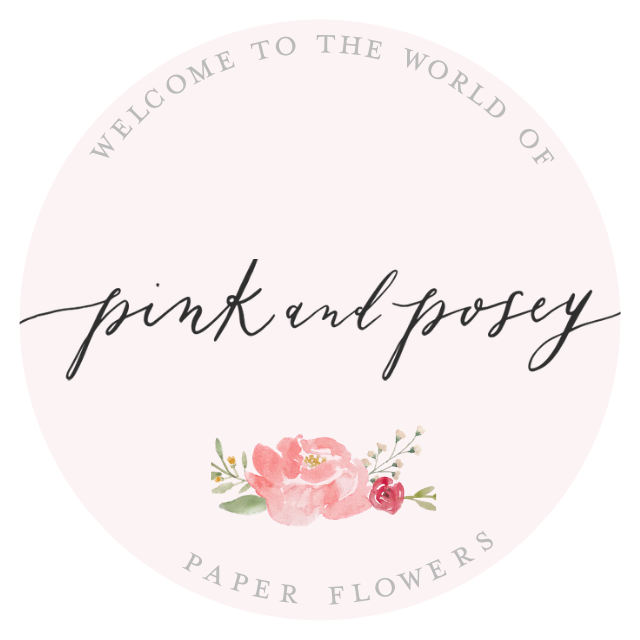 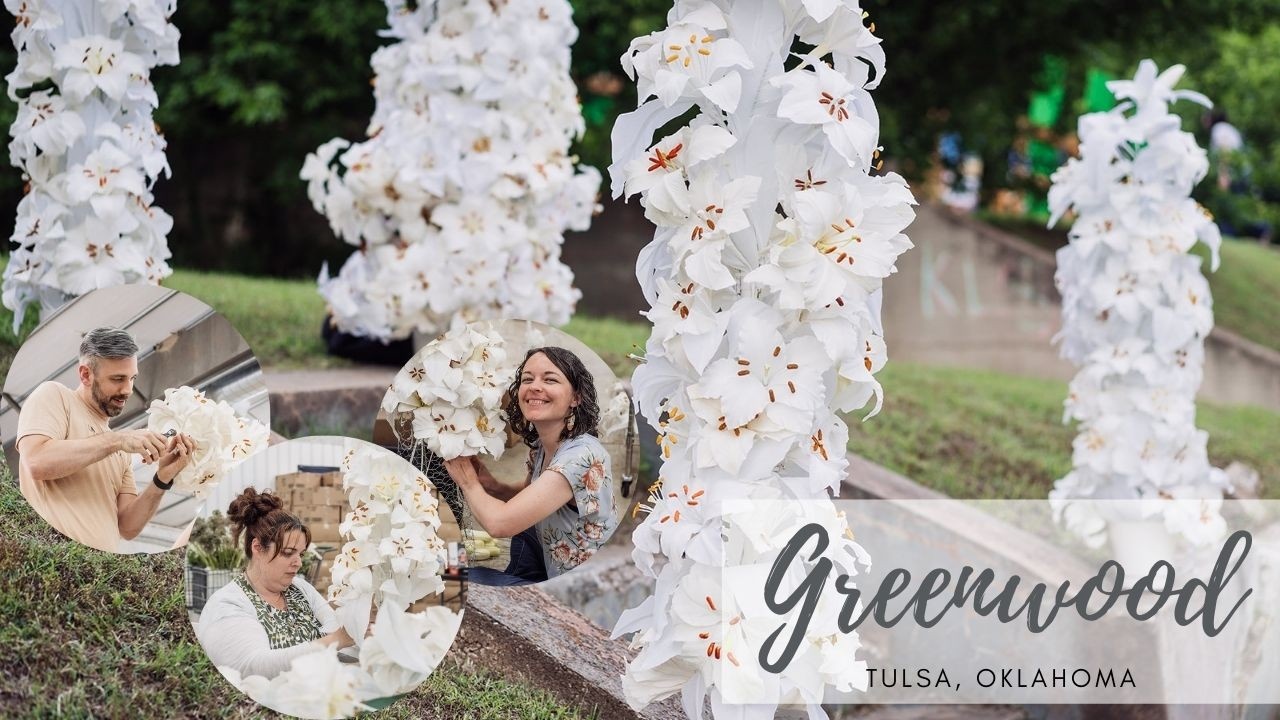 On June 3, 2021, six paper florists walked into a brand new museum in Tulsa, Oklahoma. When we finished our work, we’d compiled lilies from more than fifty people around the world into an art installation to honor those who died a century ago in a hateful, racist massacre.

How did this commemoration endeavor come about? 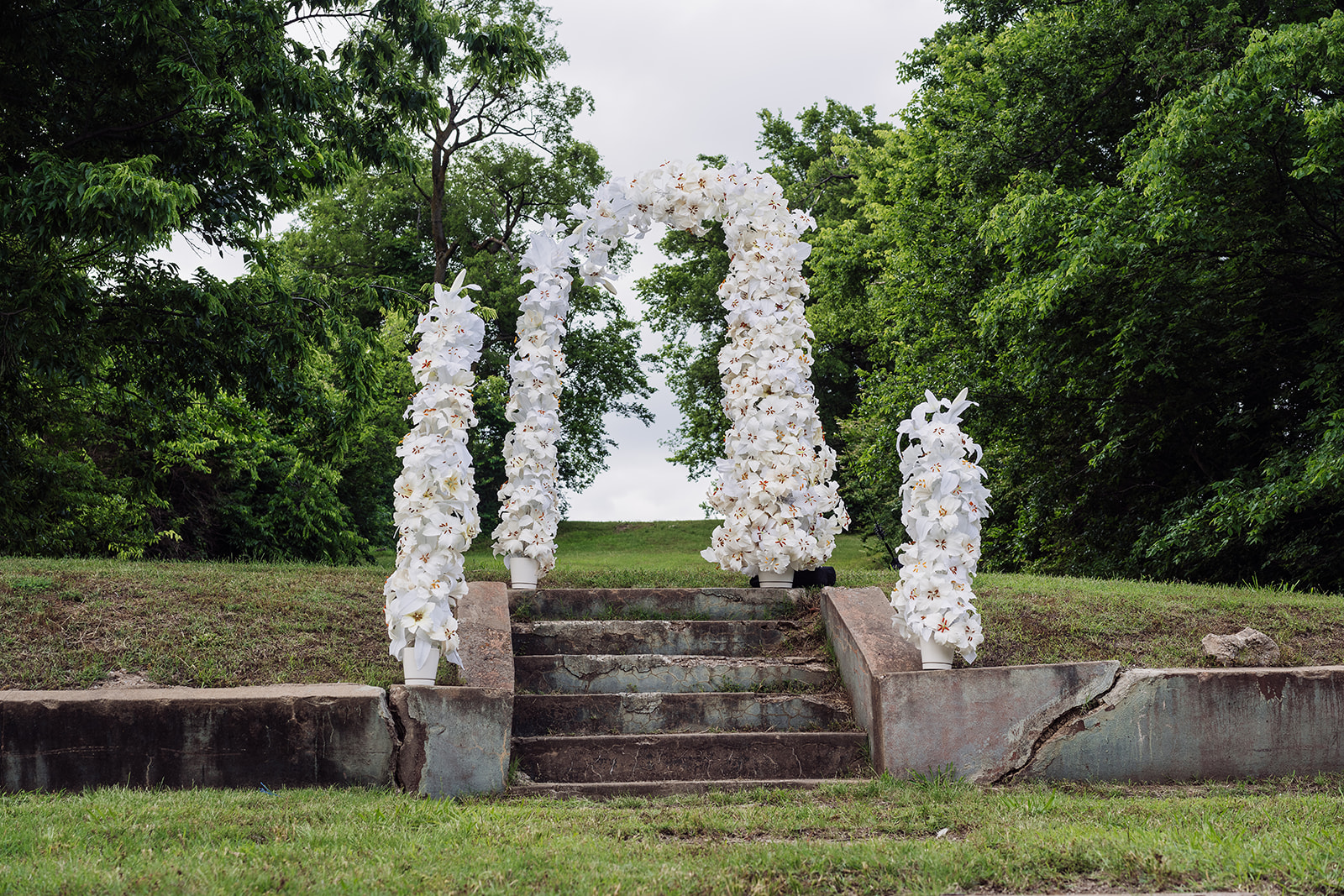 It all started when Jessie Chui and I were approached by Amy McGee of Botanical Brouhaha and Sue McLeary of @passionflowersue via the Palmers sisters of The Wild Mother from Oklahoma City. They asked if we wanted to be involved in the centennial commemoration of the Greenwood Massacre that happened in my hometown of Tulsa. 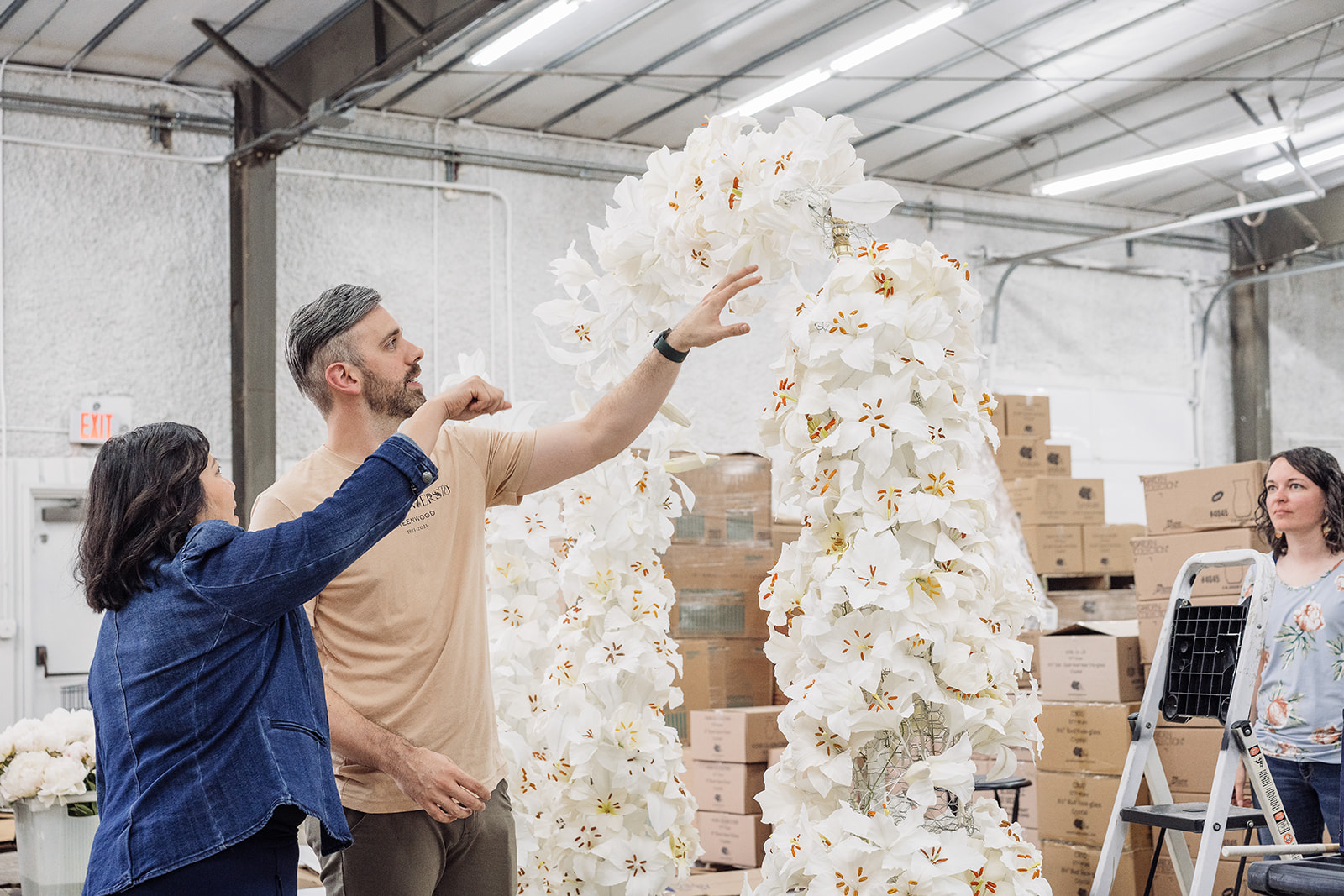 Why did I say yes? I grew up in Tulsa and was never taught this important history. Only in the past year and a half did I learn about this sad event that occurred 100 years ago. I asked my high school friends, and we all agreed that we were never taught about it at all. It was upsetting that a huge piece of history was so easily covered up. Only recently have people been learning more and more about this incident. To learn about it, head to www.tulsa2021.org. 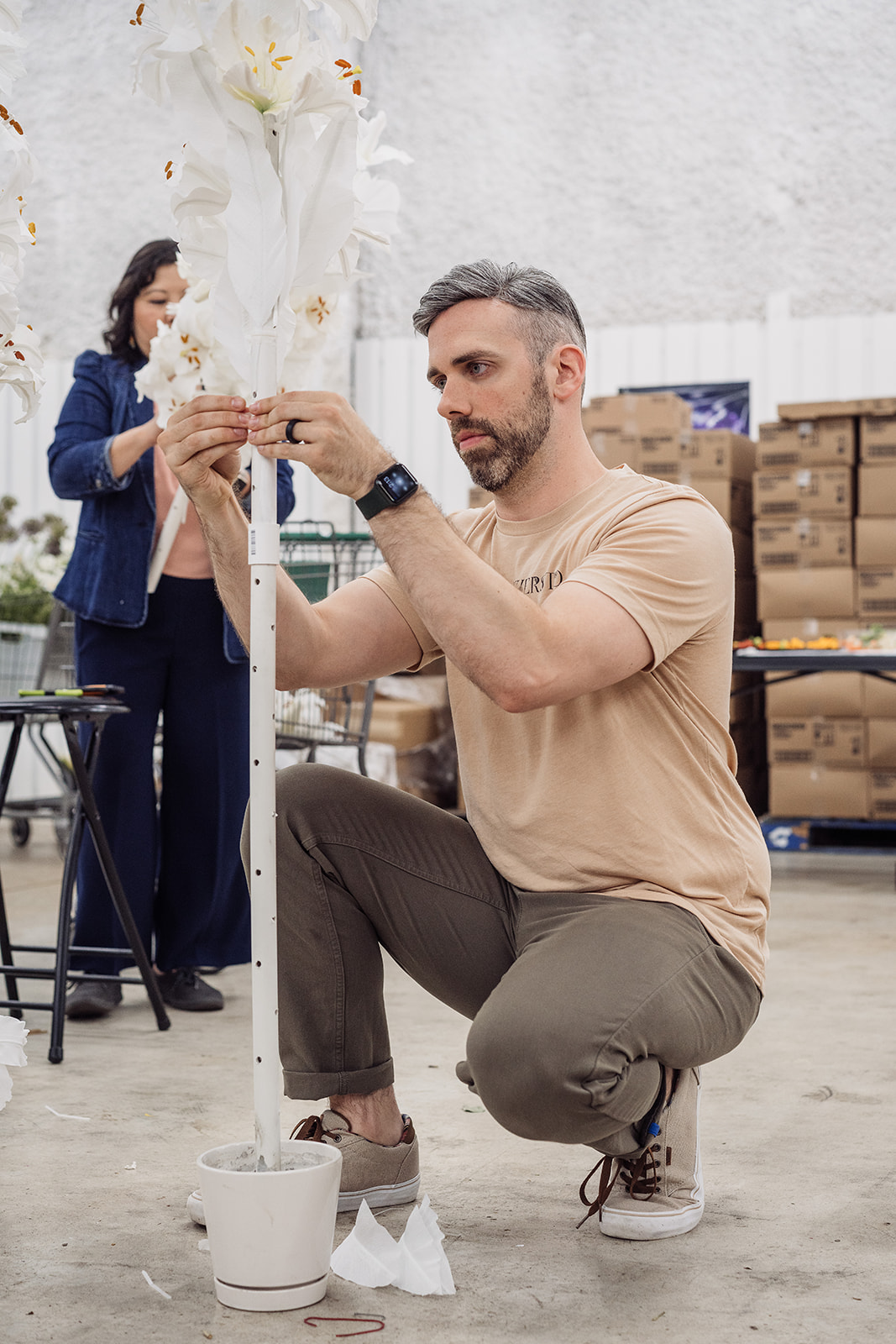 We were asked to create and design a paper flower art installation for the Greenwood Rising Museum. In collaboration with The Wild Mother, we settled on the flower, a white lily, to acknowledge the people who died during the Greenwood Massacre. 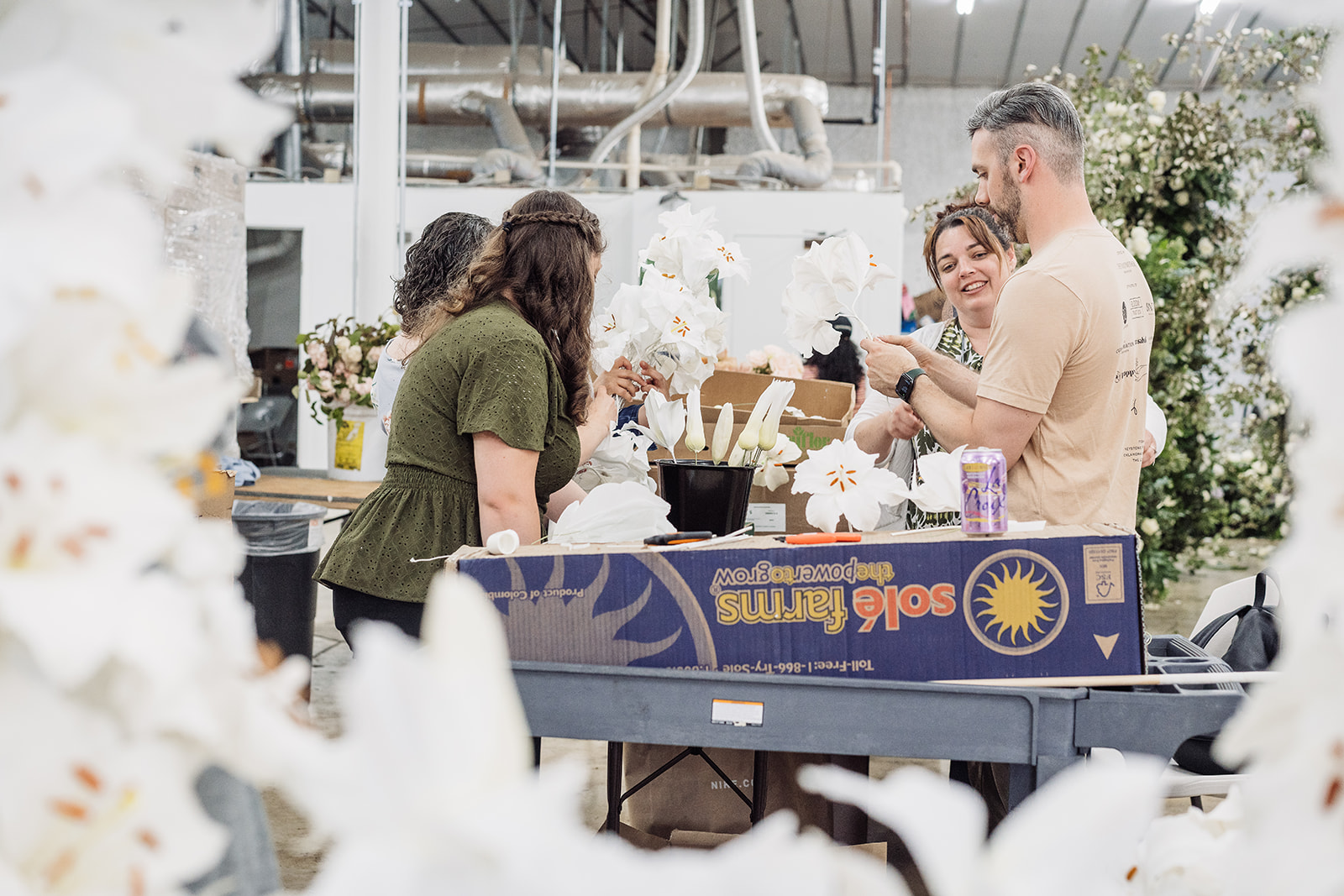 Both Jessie and I agreed that this was an important project and bigger than the two of us. I created a white lily tutorial to share with the community, and Paper Talk started its first initiative with PFAR (Paper Florists Against Racism). We reached out to the paper flower world and asked them to contribute. We were overcome with the outpouring of support. 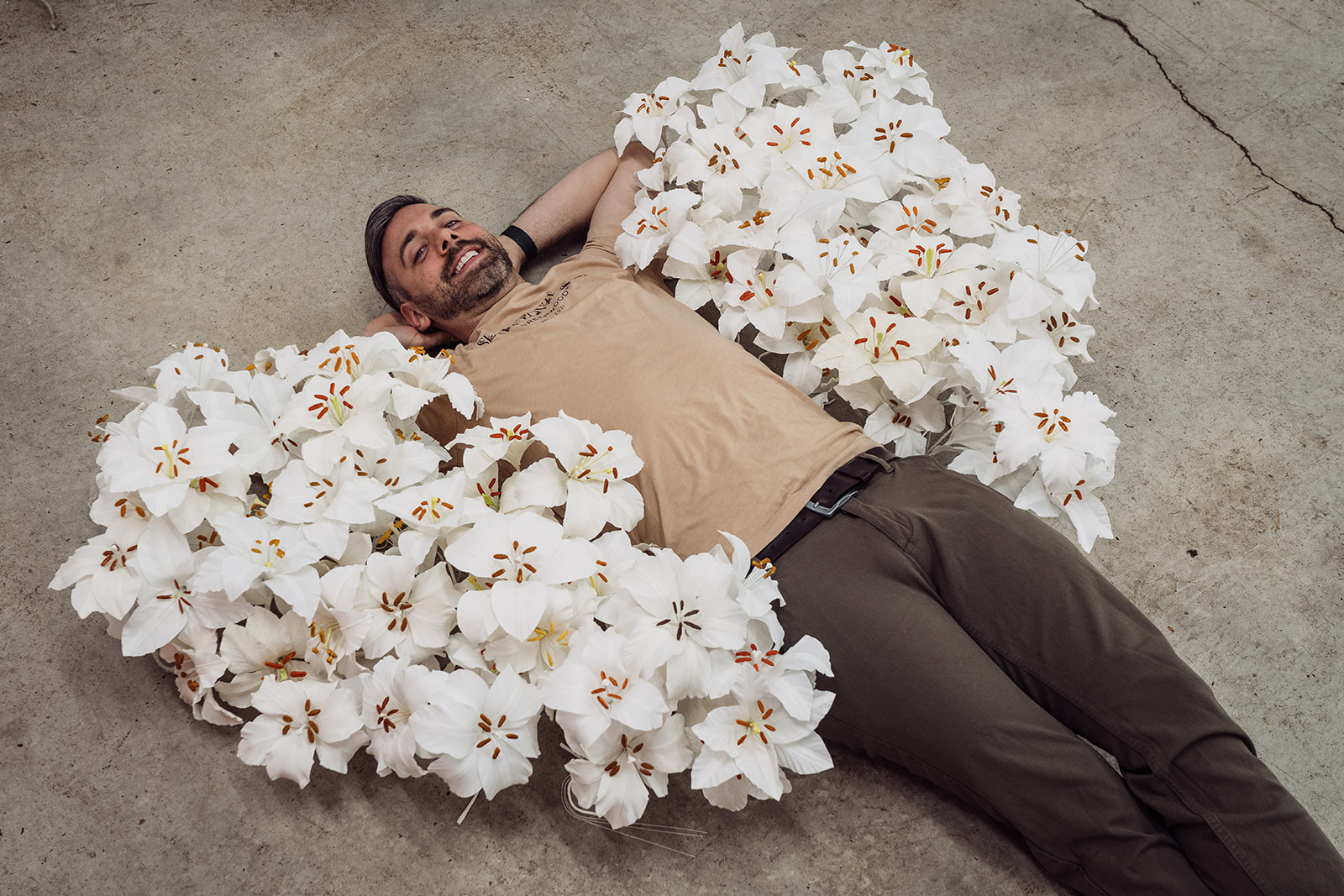 More than fifty people from all over donated handmade paper lilies, time, supplies, or money to support our efforts. We could not have done it without so many people helping. We formed a steering committee to help manage and organize the many components of this large scale project. 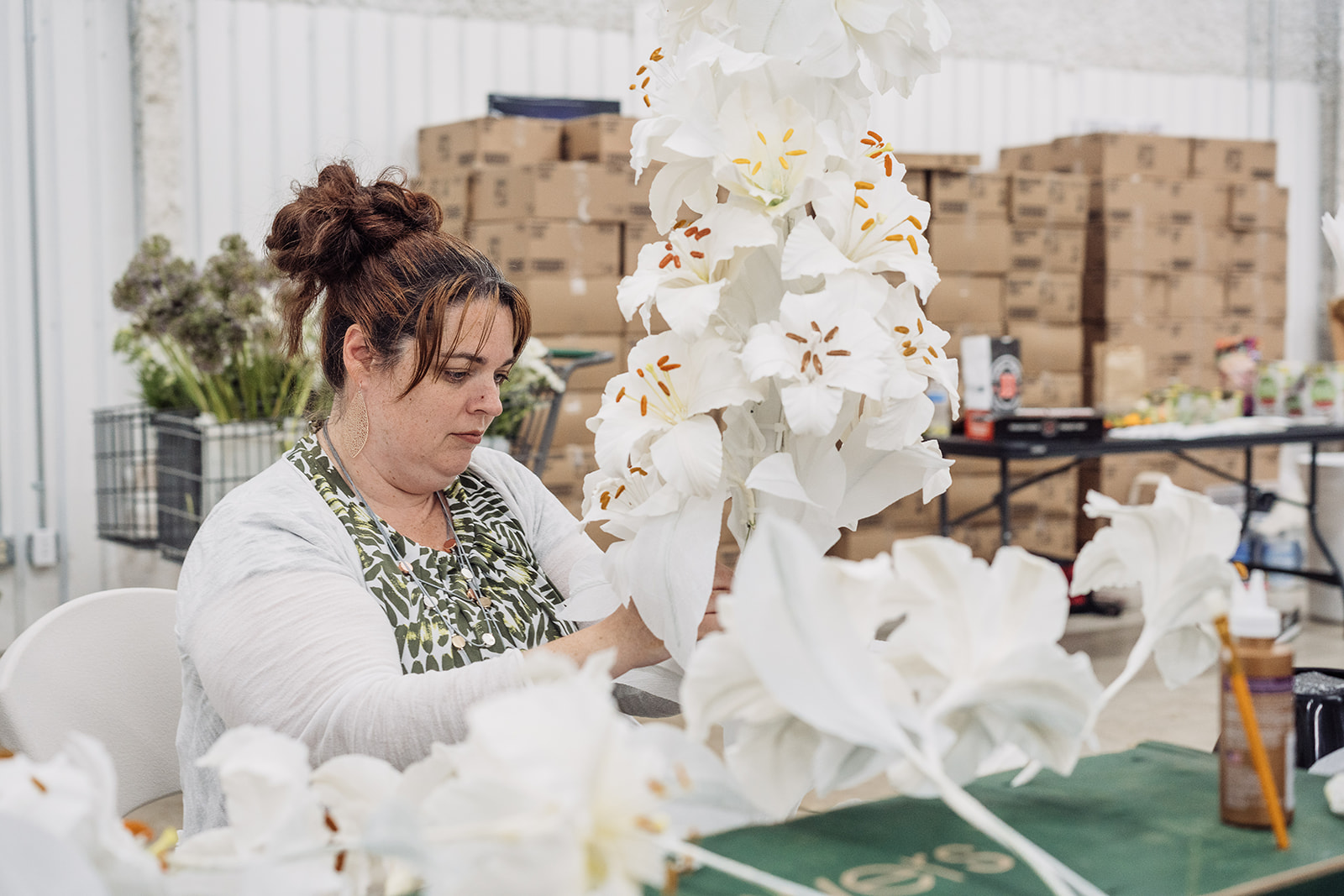 A group of six paper florists, including myself, flew and drove to Tulsa to unpack, refluff, and design the amazing white lily installation. I worked with Stephen Brooks from Indiana; Ashley Reagan from Bixby, OK; and the Utah ladies Nicole, Faith, and Abby Nielsen. I feel so lucky to have worked with them on this important project, readying the museum for its opening. 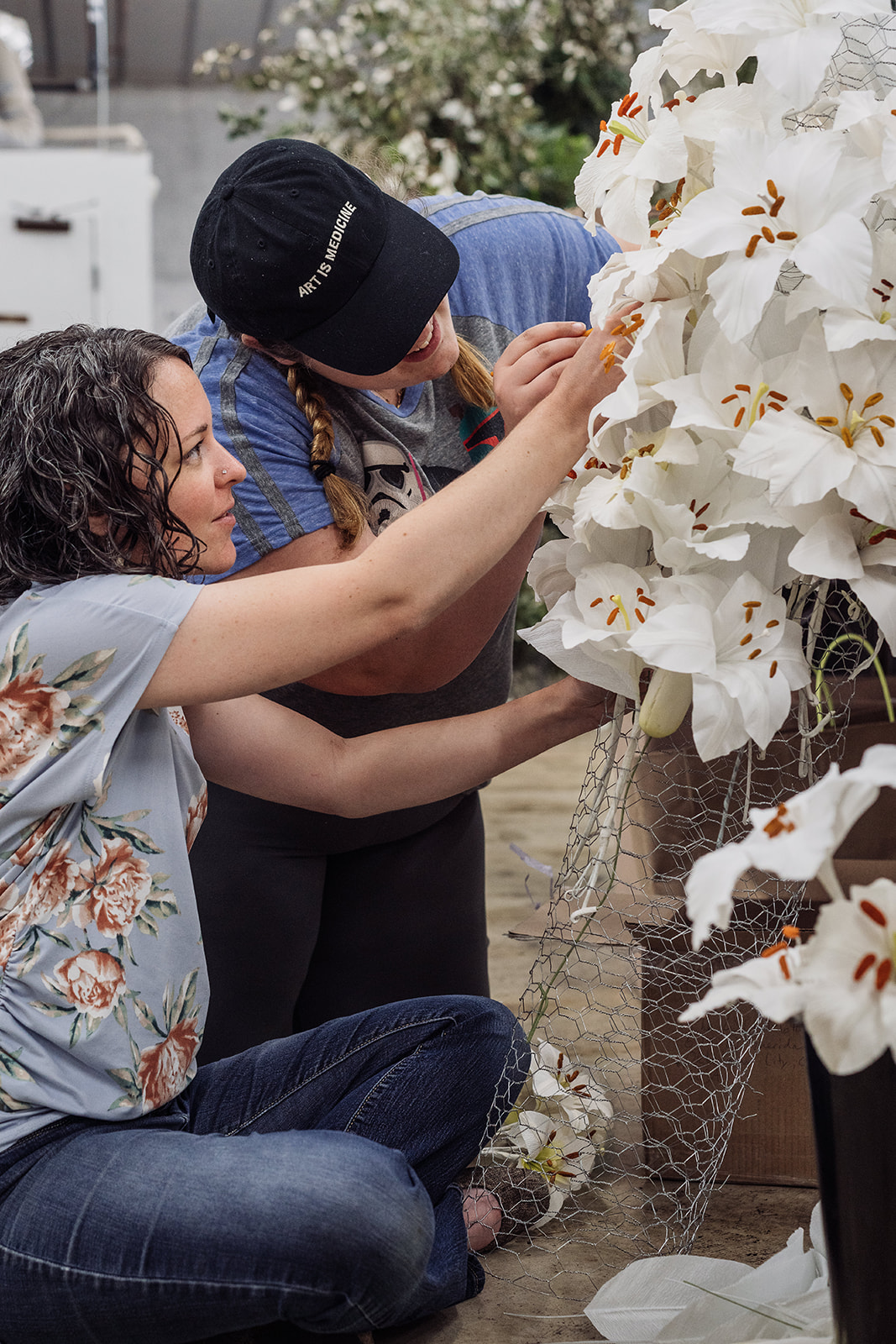 If you were unable to contribute before the event, you can still make a white lily yourself to honor the memory of those who were lost. Click here. You will be able to see a video, print out a step-by-step tutorial along with templates to create your very own lily. 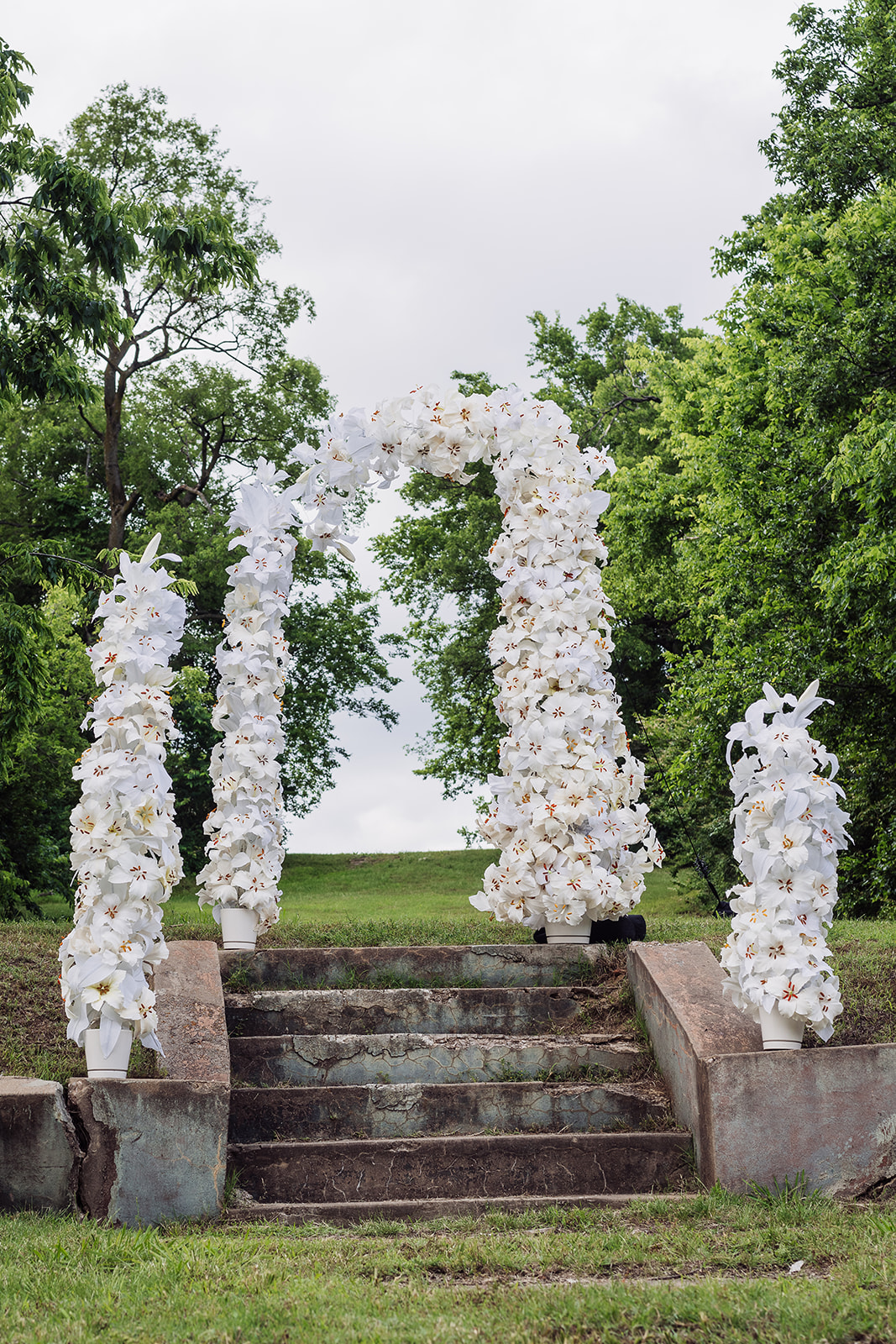 Welcome to the world of paper flowers, follow along as I continue on my paper flower journey

Welcome to the world of paper flowers!

I look forward to getting to know you better and sharing my paper flower journey with you.